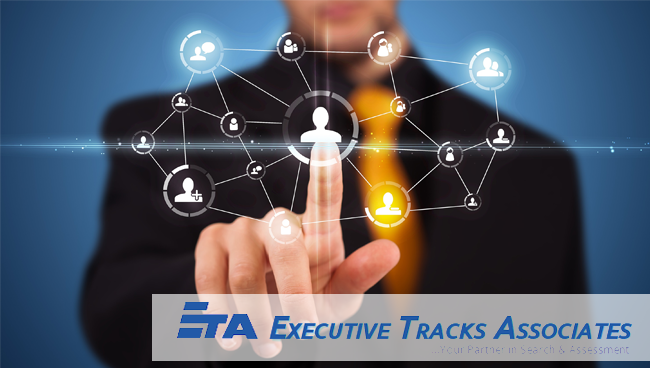 There is a saying by Stephen R Covey. He says: “Effective leadership is putting first things first. Effective management is discipline, carrying it out.” So when it comes to choosing the right successor, it is not just the out-going CEO or COO who must put in efforts to make a good selection. Even the board of directors must be involved in the process. That is when the board, as management, is able to bring discipline into the organization – by ensuring the baton is passed into the right hands.

Organizations that have been performing well thanks to an experienced person at its helm face an unusual dilemma – who would take the place of their star performer when it is time for him or her to step down from their position? Speculation not only runs rife within the organization, but media speculators also add fat to the fire. Every slight change in an organization’s functioning has an impact on its share value. Panic over the stepping down of a champion CEO and finding a successor for him/her is one such share value impacting detail. It is important to get it right the first time so the transition takes place smoothly and the organization’s performance continues to be stable post-succession. So how does one go about finding the right successor?

Steps to get the right successor:

In an organization, successors are required more in the higher level of the hierarchy, not the lower ones. So the focus is more or managerial executives, such as the CEO or COO. It is interesting to know that there are more people who need to follow these steps than they think. Just one-third of the businesses established by one generation pass on to the next successfully! It is also said that those companies which can sustain themselves well with the comings and goings of its employees are great companies. Melanie Spring, founder of the Washington DC-based marketing company called Sisarina firmly believes in this adage and has been following it.

Here are some tips that can be used in finding a suitable successor:

1. Prepare for the succession – This step really involves in choosing the right candidate for this job. Putting away this task for an indefinite amount of time will not help! If not planned correctly, the sudden disappearance of the CEO due to illness or because he/she decided to take a yearlong sabbatical will cause turmoil and irreparable damage to the organization.

It is not necessary that someone from within the organization will always be the perfect candidate. If necessary, organizations must invest time and money to find someone from outside too. Take, for example, the Coke story. Roberto Goizueta had clearly indicated that his successor would be Doug Ivester, who was mainly an accountant. When Goizueta had to step down from his position, Ivester very smoothly took his position. This was, in fact, touted to be one of the smoothest transitions at that level. However, Ivester was unable to work, as well as he was expected to. In fact, he was an aggressive go-getter and his competitive spirit was tempered best when he worked with Goizueta. So, choosing someone perfect for the position from all angles and not just based on past performances is important.

2. Training the successor – Once a suitable candidate has been found, training him or her in all aspects of the job which the title demands in important. There are numerous examples of such training that we see all around us. In the film industry, the young actors we see now-a-days get hands-on experience of working in a movie when they first assist their father or uncle who is directing a movie. People who run automobile industries are known to make their protégées start at the most lower rung – they are made to drive vehicles around to understand how it works better and work in assembly factories to know about the smallest part required in building a car. Not all positions require such thorough and long-planned training. But a certain amount is required for all successors.

To what extent does one train one’s successor? That really is a burning question that must be answered based on your judgment, by taking input from the board and the stakeholders and by correctly judging the performance capacity of the successor. Are you looking someone to step into your shoes or are you looking for someone to make tailor-made shoes that will suit the organization’s goals? After all, the outgoing CEO/COO’s shoes may be too worn out to be used anymore. Setting right training goals is as important as conducting the training.

3. Evaluating the potential candidate – Needles to say, where there is training, there are evaluations necessary to judge how well a candidate has understood the responsibilities associated with the new title. There are rare cases where this step may be eliminated. For example, Jack Welch had joined General Electric in 1960 as an engineer. From the entry-level executive position, he became a vice-president and finally a CEO in 1981. With over 2 decades’ experience, his performance perhaps was the biggest evaluation phase that had to be reviewed by the selection committee. But, in instances, where people from the outside are being brought into an organization, the evaluation stage should never be missed.

4. The exit of the CEO – This is the phase where transition takes place and the selection, training and evaluation stages are put to test in real life. The transition should be as smooth and quick as possible. When the successor takes over the roles and responsibilities of the out-going employee, he should be able to perform all tasks, as well as or even better than his predecessors. Every move of his will be critically judged by his own organization’s employees, his peers, his competitors and the industry at large. One of the best examples of an outsider who was brought into a company and who performed really well post-transition too is Alan Mulally. In late 2006, he was made president and CEO of Ford Motor Co. Ford had already lost billions of dollars in the years of recession before Mulally took over. But as soon as he joined, he revolutionized the way the organization worked and Ford has since then been one of the very few companies that posted 8 consecutive quarters of net profits. Interestingly, while most automobile companies had to file from bankruptcy at that time, under the expert guidance of a person like Mulally, thankfully Ford never had to.

The first few months post-succession are the toughest for the successor. When Steve Jobs had to quit Apple Inc. in 2011 for health reasons, it was quite a shock to people all around the world, so much so that Apple stock prices dipped by 5% in just a week of Jobs’ announcement. Timothy Cook took over his position and this move proved to be quite beneficial for the company because even after the death of Jobs, Apple did not suffer any major consequences and the shock was absorbed much more easily by the investors. The lack of empathy was not because Jobs lost his respect as a creator and innovative businessman, but more so because people felt they could place their trust in his successor.