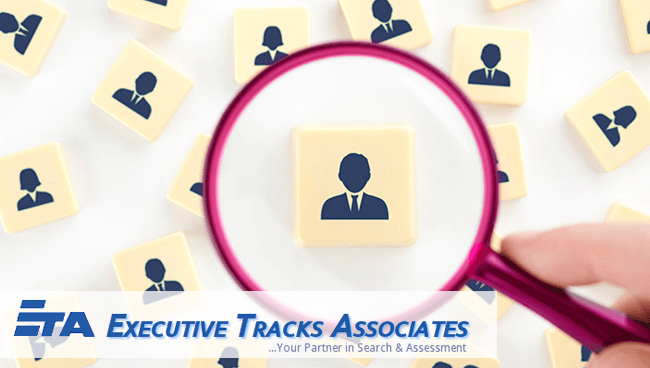 The Butter in a Sandwich – Interim Staffing and Management

In order to execute an organizational plan, there are mainly two types of people – the leaders and the followers. In no way does one’s value diminish in either role because both symbiotically depend on each other. The executors need someone to guide them in their actions and set out a plan, which they must follow. The directors need the executors to perform the activities listed in their plans else those plans are no good. But what happens when there is a brief void created in either realm due to controllable and/or uncontrollable factors? An interim workforce must be included in any such scenario. The famous Sahara India Pariwar, led by Subrata Roy Sahara, is surely not sitting with folded hands while their founder and chairman languishes in jail facing debt issues. There surely is a team that is looking after the organization’s various activities while working on a solution to free their founder at the earliest.

Interim executives, also known as temps or temporary staff, have been existent in all parts of the world for a very long time now. Major executive search firms in India offer such candidates apart from the regular full-time employees that most organizations seek. Such members need to perform the day-to-day activities to keep the organization going and the skill sets required just match their particular job profile. Common examples of temp staffing are typists for a typing pool, paralegals or assistants for high-level lawyers and barristers and even interim guitarists playing in the stead of the regular band guitarist for a few gigs!

Interim management, on the other hand, requires more finesse and experience. Unlike interim executives who can get by on mediocre skills, an interim management team plays a more important role. While not very popular trend in India, yet it is slowly catching up in comparison with its trend in our Western counterparts. In fact, recent surveys have shown that wages and salaries of interim staff are close to what regular employees are being paid – their value is being recognized in India too and hence, the gap between in the remunerations is also decreasing.

When is interim management required?

Especially prevalent in the IT sector, E-Commerce, Sales and Marketing, interim managers are now also being sought after in industries such as FMCG, Consumer Durables and pharmaceutical companies. Also known as Flexi Staffing in India, the growth in the demand of this section of employees has been steadily increasing by 10-15% each year. At present, there are about 1.5 million temporary staff working in the country, but the percentage of managers in the population is lesser compared to that of executives. When does interim management come into the picture?

Unexpected dismissals – Recently, the New York Times terminated the employment of their executive editor, Ms. Jill Abramson, and replaced her with Mr. Dean Baquet. Had there not been a clear heir to her position, the NYT would surely have brought in an interim executive editor to fill the void.

Succession of duties – Infosys chief Narayan Murthy recently announced his departure from the tech giant. His place was taken over by Vishal Sikka. Here, Mr. Sikka assumes the role held by Mr. Murthy, but had the company taken a while to deliberate on his successor, an interim CEO would have been put in charge for a while.

Process correction and re-engineering – A very popular trend in the West, if a particular branch of a company is ailing, head honchos from the headquarter send an interim management team to revive the failing site and infuse energy and profit-making back into its veins. The erstwhile management team of that branch may be suspended or fired due to their lack of performance too. So the interim management may also have to perform their duties till their replacements are found.

How does interim management team perform?

Introduction – When an interim manager is called upon, he/she first assesses the pros and cons of the organization. The cons are eliminated or corrected and the pros are further improved upon. Detailed discussions are carried out by the current management team and the interim manager and interviews for the interim office are more specific – they after all, already have issues that need to be tackled with, and hence can thoroughly judge how well the interim manager will perform in that particular scenario.

Examination and interpretation – Take, for example, the recent debacle of the Indian cricket squad in England. Fletcher is being taken to task for his supposed poor coaching while some people think the team itself has let us all down. Ravi Shastri will perform the duties of an interim coach and try and improve our team’s performance, hopefully! For that, he will first assess why so many players are performing poorly and then work on them one by one, tackling issues ranging from batting averages to WAGs.

Plan of action – The interim manager is answerable to the other members of the board and stakeholders. So after having assessed the issues and understanding what the best methods are to be adopted to work on them, he lays out a detailed plan before the board and with their approval starts working on it. For example, the interim manager of Kingfisher Group, another financial giant that is in a woeful condition, is coming up with various feasible repayment terms to suit all its creditors while trying to operate as normally as possible at the same time. They recently hired Amit Agarwal as the Senior Vice-President of Corporate Development and Planning, but both processes were always underway unofficially, thanks to an interim management team.

Execution of the plan – When the board and stakeholders ratify the plan of action, the interim manager executes it to the best of his abilities. Rallying the other employees’ forces to achieve the goals set out in the interim plan is the key factor the interim manager works upon. With morale riding low due to issues faced by the organization and lack of faith, it becomes doubly hard for the interim manager to execute his plan. This is where his confidence, past experience and skilful management play the most vital role. How well he understands the issues and how well he tackles them solely depend on his tactics. Taking a leaf out of Hindu mythology, when Lord Rama was sent to exile, Bharat took over the reins of the government of the kingdom. People were disheartened with the exile of their favourite Lord Rama, Dasharat was pining for his son and helpless because of the promise he made to Keikayi and Bharat was heart-broken under the circumstances under which he was made the interim ruler. But the key to his success was he did not buckle under all the adverse forces and instead carried out his duties, winning everyone’s heart over by placing Lord Rama’s sandals on the throne and performing his duties. Present day interim managers should learn how to master the strength and methods followed by Bharat to achieve his aims.

Exiting the organization – Having performed his duties and after ensuring the successful methods adopted by the organization are delivering the expected results, the duty of an interim manager comes to an end. Contracts may be extended and made permanent or an ad-hoc consultation from time to time may be present. While exiting the organization, the manager must ensure he trains the full-time manager in such a way that the company does not suffer in any manner during his exit and that the new person can take over the reins smoothly and quickly.

Many long-term organizational plans are amended from time to time to deal with growing competition and changes in technology and customer preferences. So when policy changes necessitate some short- term changes in the organization, there is a demand for such interim staffing.