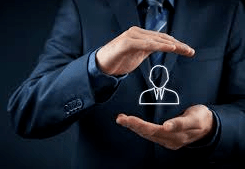 Anyone that has an encounter with a company would carry some impression of it. This is true also, of the candidates applying for different job roles at a company – the way they are looked after at the interview would be the impression they carry away with them and an unpleasant experience could well become the subject of discussion with their friends and family, and even on social media.

Sometimes the Talent acquisition team is not much concerned about displaying care and understanding the emotions that a candidate would be going through – which often results in some top talent ‘shying’ away from the company. A company that is able to create an emotional connect with the candidate by being empathetic to their feelings, would be able to get better and more candidates willing to work with it. Candidate care before and during the interview process, would leave the candidates feeling a lot better and more positive about the company, even if they do not get hired.

Just as customers talk about the service quality of a consumer company and their experiences, Candidates too share their Interview experiences with their acquaintances, friends & family and more so if they may have had poor experiences. With so many channels of communication, it is extremely easy for anyone to recount their experiences, share comments, and start ‘discussions’. Research shows that at least 64% candidates share their experiences with a company via social media – and bad candidate experiences highlight your company’s flaws, its poor hiring methods, and some unknown unpleasant truths about it. One poor experience, shared so, can potentially affect a large portion of the ‘talent pool’ in the market, who may not want to work with a company with poor standards.

The experience a candidate has during an Interview or a meeting with someone from the organisation should ideally be a demonstration of the company’s work culture and the work environment for its employees. Irrespective of industry or company size, every company must show care and empathy for the candidates, to leave a lasting impression.

The most important aspect of the interviewing process is to ensure that a candidate is never kept waiting. Punctuality and politeness are extremely important aspects that would keep the candidate interested in the company and the job being offered. The hiring process in most companies is usually a lengthy one and the least a company can do is minimize the amount of waiting time. Another important point is to remember is that each candidate must be treated as an individual and shown equal amount of respect, irrespective of being considered.. However, if the image of the company were skewed by negative experiences of a candidate, it would be unlikely that existing employees would stay, much less recommend others to join.

It may sound strange, but a number of companies still have a lot of learning to do with regard to candidate care. Treating candidates & employees well, could gain some amazing talent for the company through referrals and also in turn they would be highly productive and more willing to exhibit the same care to the company’s customers and other critical shareholders. However, if the image of the company were skewed by negative experiences of a candidate, it would be unlikely that existing employees would stay, much less recommend others to join. Every step a company takes in the direction of candidate care, would lead to a better work environment, with happy and energized employees, willing to go the extra mile for the company, irrespective of where they may be placed in the hierarchy.